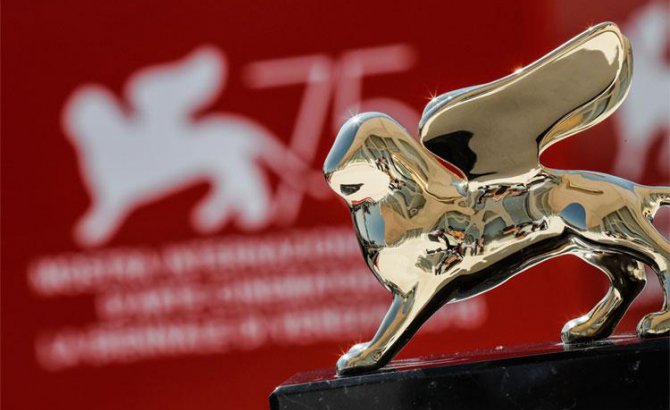 Always attentive to events in Laguna, the schedule of 75° Mostra del Cinema di Venezia could not pass unnoticed.

Many events in the decade "warmer" in September (the exhibition will be held from 28/08 at 07/09), When finding a water taxi available becomes "Mission Impossible" and even the sagacious Tom Cruise could do it.

By the way, the first of the Festival, you will own a Stanley Kubrick (passed away in 1999), with Eyes Wide Shut as well as a documentary about the Director and his latest work, who will complete the thematic event "Never just a dream".

This is one of the many pleasant News learned yesterday, at the press conference held yesterday in Rome, dal Presidente della Biennale di Venezia Baratta e dal Direttore della Mostra del Cinema Barbera, Although streaming, but we all joined in.

The films in competition and out of competition will be very many, of various kinds and intensity.

Ci sarà molto rosa in questa edizione della Mostra, from the presence of many women Director (constantly increasing) and the theme of critical conditions. Women's world, species in some countries of the world. And right of women spoke the famous "women on the verge of a nervous breakdown" 1988 by Pedro Aldomovar, that in September will receive the Golden Lion career award.

Great expectations for Brad Pitt, that together Donald Sutherland and LIV tyler, We will see AD ASTRA by James Gray, where Pitt is also producer.

A performance not to be missed is to Joaquin Phoenix, that with De Niro, will take us on a Darkissimo JOKER, spin off di Batman.

Straordinario ritorno di Soderbergh con THE LAUNDROMAT, where the Oscar Meryl Streep, Gary Oldman and Antonio Banderas will give the best of themselves.

Could not miss used to be regulars of the exhibition, Johnny Depp that's the exVampiro Pattinson, We will see in "WAITING for THE BARBARIANS. Pattinson also will accompany Lily Rose Depp in THE KING , history of the famous Henry V°, product always from Pitt.

Surely the divine beauty of Scarlett Johanson We will see in the "MARRIAGE STORY", depisterà the scene to other Italian blonde ( Fareed will present his documentary film Unposted)

Among the MUSIC STARS present, Roger Waters, with his concert film, and the immense MICK JAGGER.

And if we had been forgotten by someone, type Ethan Hawke or Jude Law, Juliette Binoche or Catherine Deneuve, It's just a matter of space of the text ... waiting not!!